The basis for this project was a vehicle that was already overhauled in Germany. When we took over it was equipped with an 350 TPI engine, TH 700 and a simple independent suspension. Well, the performance wasn't bad, but one could not avoid the elephant in the room: Before each turn you had to pray it won´t be your last due to the awing roadholding!

So we upgraded it...And How!

To handle this powercar we had to pay particular attention to the frame. Generally we reconstructed and strenghtent the orginial frame. But in the end we nearly created a new frame. The U-profile frame was stiffened with a trellis-construction and then extended to a box frame by the use of steel plates. The box frame then was again strenghtened with trellis.

For the adequate cooling of this hotblooded wheeler we installed a custom-built aluminium cooler by Be Cool and 2 electric radiator fans. The supercharger is cooled separately by an electric water pump and an additional radiator under the footboard on the right. That there are separate coolers for engine oil and transmission oil actually goes without saying. Even for the power steering there is a cooler hidden under the footboard on the left.

This very special car is totally rideable in stop-and-go traffic. Merely during very high outside temperatures the use of the air conditioning should be well thought through in city traffic related to the coolant temperature.

Now this wheeler is pure driving pleasure – regardless how sharp the next turn might be! 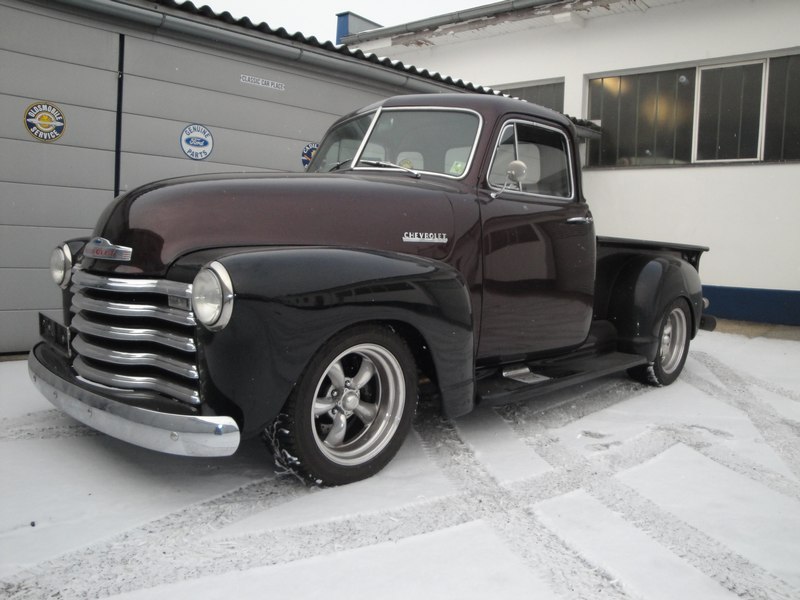 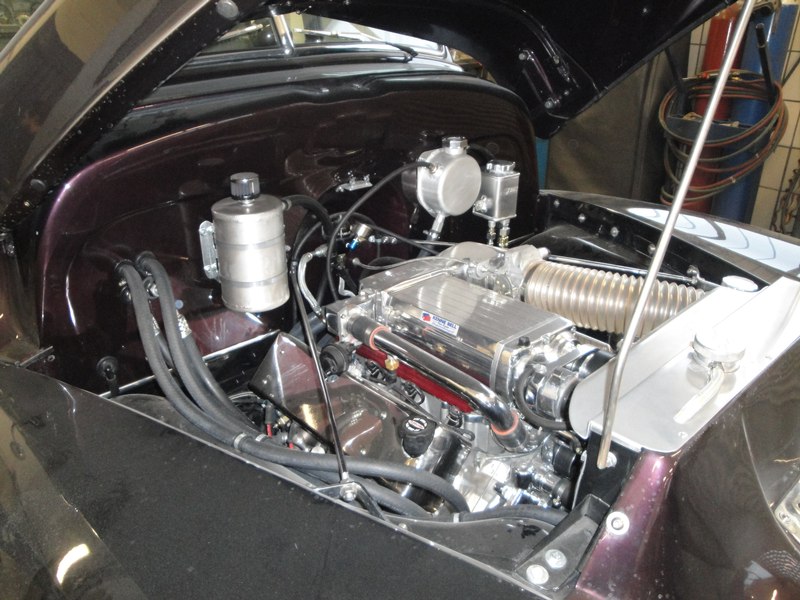